The First Cookbook in the History of Modern Iraq

In 1946 a cookbook titled Recipes from Baghdad was published. It was by far the first cookery document to have been written in Iraq after a long silence of almost seven hundred years.


To be sure, documenting cookery in Iraq has a very long history, which goes as far back in time as ancient Mesopotamia, when our ancestors the Babylonians immortalized their cooking on cuneiform tablets around 1700 BC. Also, from medieval Arabic sources we learn that a lot of cookery books were written in Baghdad during the Abbasid era between the ninth and thirteenth centuries, by professional chefs, gourmets, physicians, princes, and even the caliphs themselves. Unfortunately, only a couple of cookbooks survived the ravishes of time, one was written in the tenth century by Ibn Sayyar al-Warraq and the other, in the thirteenth century by Muhammad bin al-Kareem al-Katib al-Baghdadi, both titled Kitab al-Tabeekh (cookery cook). After that, our records remain silent until 1946. But this time around the cookbook was written in English. Recipes from Baghdad was its title, published to raise funds for the Indian Red Cross. It was printed at the Government Press in Baghdad. The second edition was published by the Red Crescent Society (Women’s Branch) in Baghdad in 1952, and the third and last edition was done by the privately-run El-Ani Press in in Baghdad in 1961. Obviously, the book was pretty popular.

Besides its culinary significance, this book is a rare social document from Iraq written in collaboration with a host of Baghdad residents just after WWII. It was edited by May H. Beattie (B.A., Ph. D.), an Englishwoman from Sheffield England, who later established herself as the world’s top rug scholar until her death in 1997. (See for instance her book Carpets of Central Persia: With Special Reference to Rugs of Kirman)

In editing the book Beatie was assisted by Bedia Afnan, an eminent Iraqi educator who later worked for the UN; Renee Al Kabir, a member of a prominent Baghdadi Jewish family; and Helen Gaudin (B.S., MA.) and Ann Walter, two English or American ladies whom I have not been able to trace.

Lady Margaret Cornwallis, wife of the then British ambassador to Iraq, Kinahan Cornwallis, wrote the Foreword (March, 1945). In it, Lady Margaret stated that the purpose of writing this book was to raise funds for the Red Cross. She also saw in it a chance for a cultural exchange. With its ‘oriental’ and ‘occidental’ collection of recipes, she explained, the book would enable Westerners who enjoyed the Arab delicacies of the table to make them for themselves, and introduce the Eastern readers to Western food. The book was “the result of friendly co-operation between Iraqi and British housewives, with help from the ladies of other nations.” Indeed, the Acknowledgment list the book provides of contributors included no less than 118 names of Baghdad residents, which besides the ‘housewives’ Lady Margaret mentioned, included professionals, physicians and institutions, such as ‘Home Arts School’ for girls, and ‘Painforce Schools of Cookery.’

The book reveals a mid-twentieth-century cultured metropolitan Baghdad, rarely depicted in documents dealing with this era in the history of Iraq. At the head of the contributors list were the names of two Iraqi female royalties: Queen mother of Iraq Aliyya bint Ali (1911-1950), spouse of King Ghazi and mother of Faisal II, the last of the Iraqi kings, and Queen Nafisa bint Abd al-Ilah, who is Aliyya’s mother. Queen Nafisa provided recipes, but Queen Aliyya’s involvement in the project went beyond offering recipes. She was the one to write the Introduction for the book, enthusiastically endorsing it as a ‘scholarly’ work, “artistically executed and exceedingly interesting.” Recommending it, she adds,
I find that it meets an urgent need and fills an existing deficiency. I was delighted with the variety of dishes dealt with and I admire the accuracy and originality with which the recipes are explained.
After acknowledging the emergence of the ‘art of cooking’ as a respectable field in this modern age, Queen Aliyya embarked on summarizing the background to the interest of the Arabs in cooking, which goes back to the times when they entered into settled life and civilization, She supported her claim with references to medieval books such as Kitab al-Diyarat by al-Shabushti, and more importantly al-Baghdadi’s thirteenth-century cookery book Kitab al-Tabhk [sic], mentioned earlier, which at the time was a relatively new discovery. It was published in Mosul in 1934, and translated into English in 1939 by the British Orientalist A. J. Arberry.

The book’s 163 pages cover a lot of territories. Baghdad is depicted as a ‘cosmopolitan city’ which “has drawn its customs from the west as well as the east in recent years.” An amusing fusion of east and west can be seen in their choice of a cocktail drink called ‘Abu Nuwas’, the famous ninth-century Baghdadi poet famous for his khamriyyat ‘wine poems.’ Shopping in Baghdad is vividly described, and is supplemented with a bilingual list of the most common spices used. Its 457 recipes deal mostly with Iraqi dishes, but a good number also come from countries like Turkey, Iran, Levant, Egypt, Tunisia, Morocco, India, England, Poland, Monaco, France, Switzerland, Italy, and China.

Add a dash of orange bitters and the white of a fresh egg to the shaker. Shake well and do not trust it too far. (p. 92)

The recipe directions are briefly described but the amounts of ingredients are given in exact measurements, using kilos, teaspoons and tablespoons, and tins. The measuring unit of the tin was chosen by the editors as a substitute for the standard American measuring cup, which was difficult to obtain in Baghdad. It was the Players or Gold Flake 50-cigarette canister, easily available at the time. 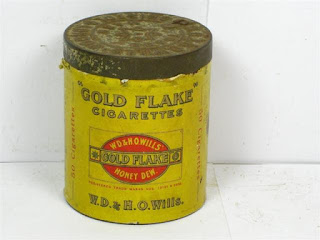 What is truly exciting about this book is the cartoon-style sketches, all 35 of them, dispersed throughout the book, done by Suad Salim, as stated in the inner title page. No further mention of this cartoonist was made in the book. Interestingly, I was under the impression that the artist was a woman since Suad is a familiar female name in the Arab countries. I was pretty amazed to discover that this Suad is no other than the older brother of the famous Iraqi artists, Jawad Saleem and Nazeeha Saleem. He was one of the pioneering cartoonist in Iraq. Surprisingly, little is written or known about him (here is a link to an Arabic interview with him in 1985), and no records of his artistic works are available in print. This is one of the reasons why this book is a truly precious rare find.

The chapter on cocktails was written by W. N. M. Hogg, author of the Canadian publication The first Ascent of Bush Mountains (1936).  He compares cocktails to Arabic verbs: "At first acquaintance they appear disarmingly simple but a close study leads to headaches."
Posted by Nawal Nasrallah at 6:28 PM No comments: