Cauliflower is in! Kale is So Last Year!

I was thrilled to read the other day the Boston Globe article "Goodbye kale. Hello cauliflower." Admittedly kale rarely made it to my dishes but cauliflower, always has been a favorite. So here we go:

It has always been difficult to get people excited about cauliflower. We know it was cooked in the medieval Islamic world. Medieval Arabic books on cooking and botany do  mention it. It was called qunnabeet قنابيط and the florets were called zahr زهر 'flowers' and bayd بيض 'eggs', and was considered a type of cultivated cabbage كرنب بستاني). But it did not seem to have been quite popular. Their physicians had a low opinion of it. They thought it generated bad blood and that it caused rumbling stomach noises.  To avoid its harms the recommendation was to boil it twice with changes of water to get rid of the smell. They also recommended cooking it with fat meat and chicken, spiced with cumin, cilantro, and pepper, along with oil and salt.

Cooked the right way, medieval Arab physicians recommended it for cold related illnesses. Its stew was said to be good for coughs. They also believed that having the vegetable before drinking alcohol slowed intoxication. It also helped relieve hangover symptoms.

And yes, the major culprit must have been the odor it emits when boiled. If you want to have your cauliflower and eat it, never boil it when you are expecting guests for dinner or when there are people around the house who are not forgiving enough. Boil it or steam it, and immediately drain it and get rid of the liquid, after that you will be safe to use it however you like.

In Iraq it is typically a winter vegetable, and we usually fry it breaded or cook it as delicious delicate stew. I prefer to prepare it with the small meatballs we call ras il-'asfoor راس العصفور 'sparrow's head', as you see in this photo based on a recipe in my Delights from the Garden of Eden, p. 220. 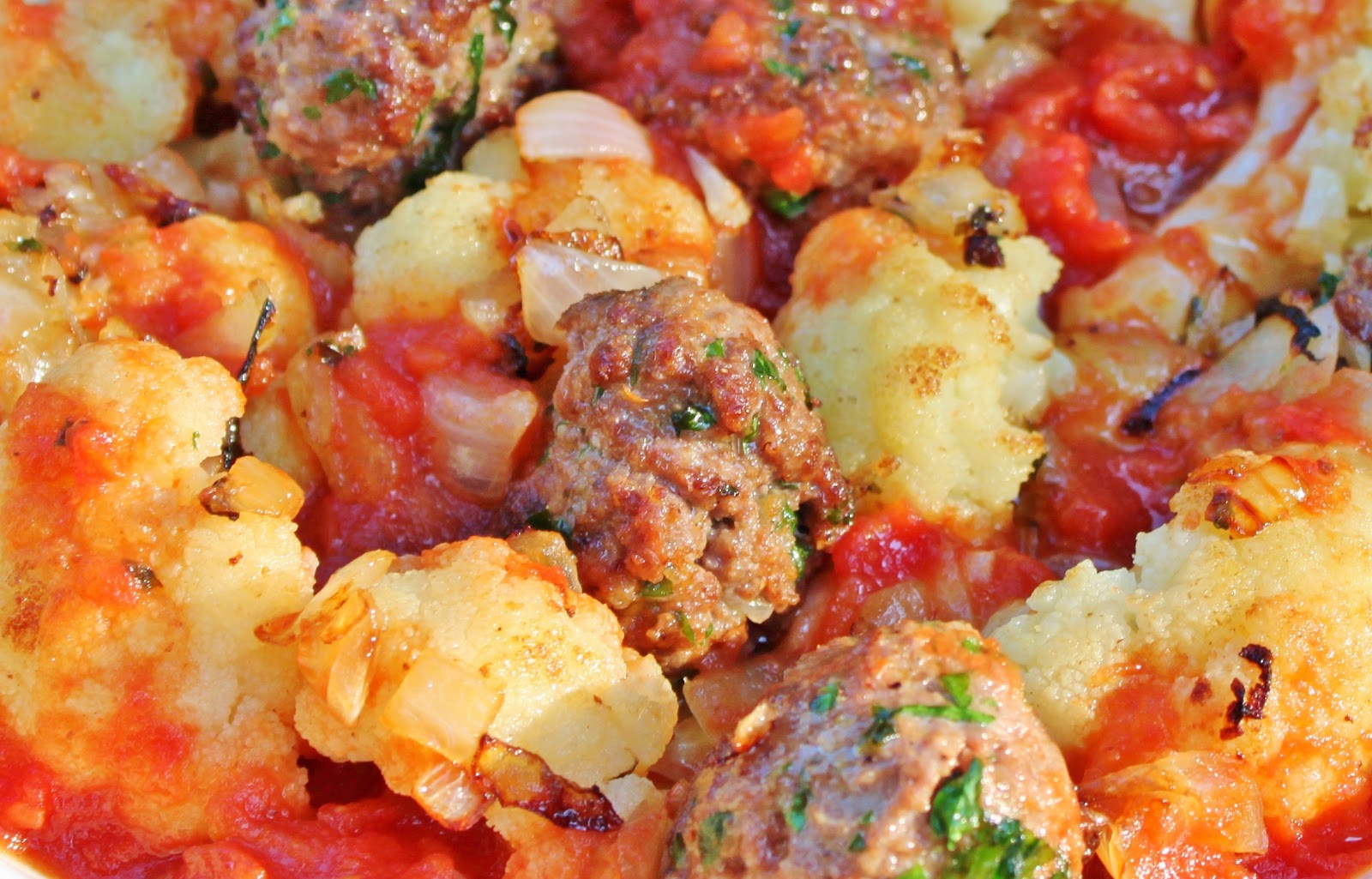 For a snack or a side-dish, I love to prepare it breaded and fried, but you can certainly broil it to avoid the frying. Just brush or spray the pieces with oil and let them broil, turning once to cook both sides. The egg-and-crumb coating makes it deliciously crispy from the outside, leaving the inside soft and succulent. It almost melts in the mouth.

Posted by Nawal Nasrallah at 6:16 PM No comments: