Luscious! All it needs is a piece of warm bread and honey or date syrup (dibis), to be washed down with hot tea: 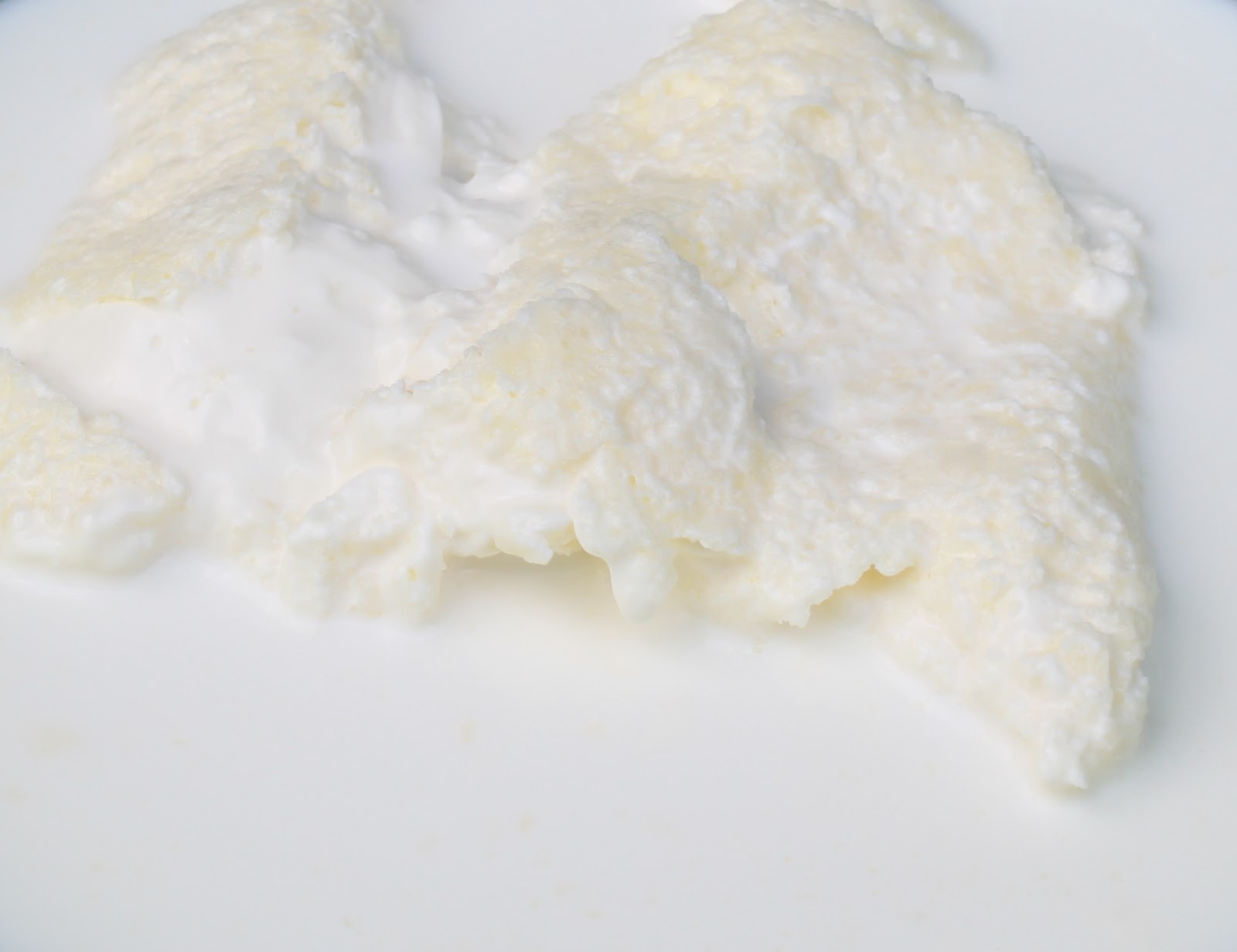 Geymer, also pronounced qeymer, is the skimmed solidified upper layer of the simmered and then cooled off buffalo or cow’s milk; but b milk yields thicker and richer cream. It is a very traditional breakfast treat with a very long history in the Middle East. In Egypt it is better known as qishta (قشطة), literally 'the skimmed'; and in the Levant it can go for qishta or qaymaq (قيمق also pronounced أيمأ or أيمع), which beyond doubt is a direct borrowing of of the Turkish kaymak, which in turn is said to have a Central Asian origin in the word kayl-mak (meaning: melt, and molding of metals) and other variants. The first documented mention of the Turkic qaymaq is in Mahmud al-Kashgari's 11th- century dictionary on languages of the Turks ديوان لغات الترك.

As for the Iraqi word geymer, although it is generally assumed to have been derived from the Turkish kaymak, I have a strong hunch that for etymology we have to look somewhere else, namely the Sumerian and Akkadian languages of ancient Iraq. Based on The Pennsylvania Sumerian Dictionary, Sumerian ga is 'milk', and mur/ imru mean 'to become thick or solid', and this is what geymer really is all about.

Quite possibly it was one of those words that circulated among the indigenous inhabitants of Iraq but did not make it to the surviving records of medieval times. 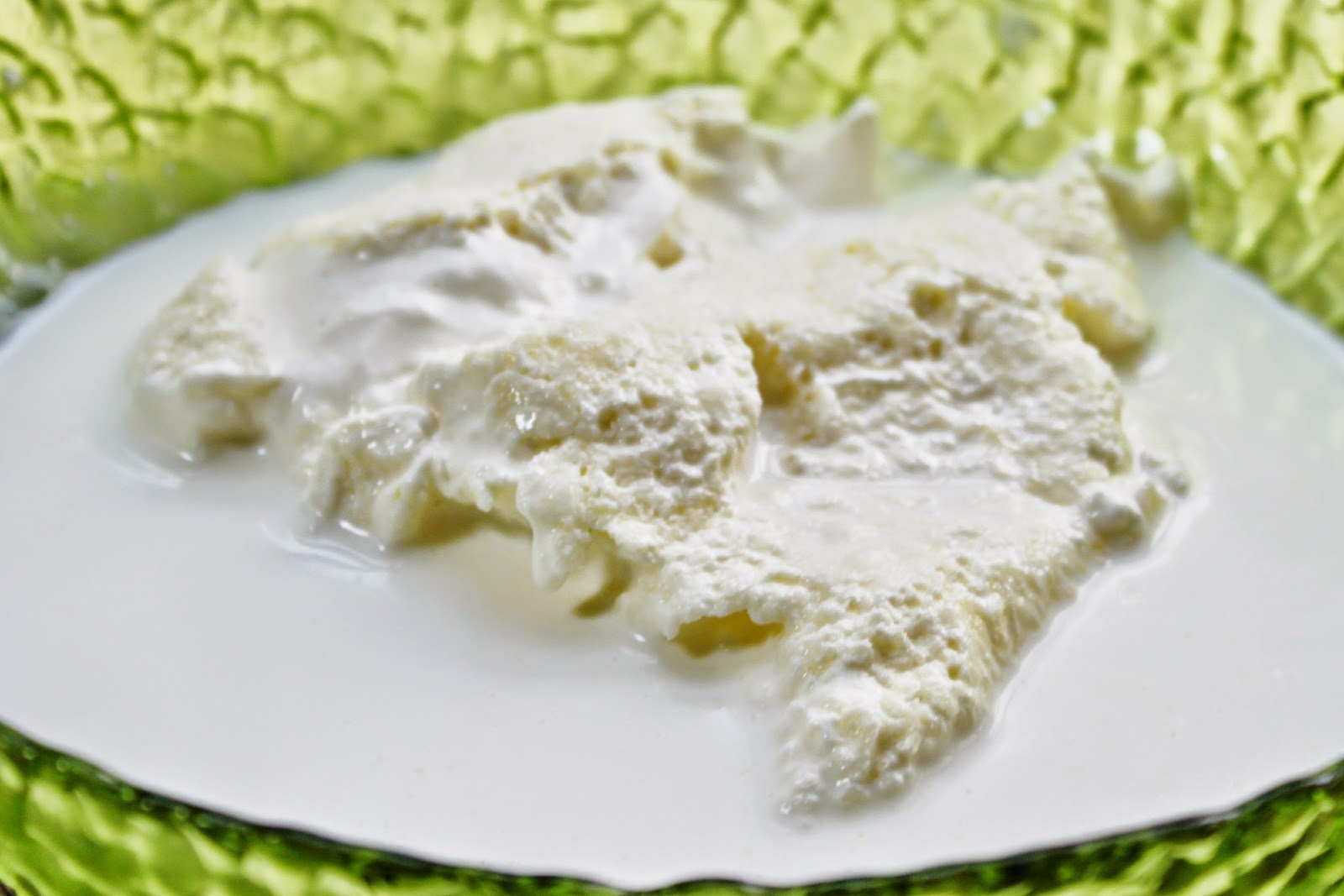 I remember we used to have geymer for breakfast almost every day especially in winter (people were still oblivious of cholesterol back then). We used to buy it early in the morning from the neighborhood grocery store, or from the door-to-door female peasant vendors.

As they go from one street to another, balancing their big trays of geymer on their heads, they would periodically announce their merchandise at the top of their shrill voices, "Geymer Yooo." They would cut slabs of cream with a knife, sometimes with a safety pin, and as a treat, would pour on it some milk.

We scoop geymer with a piece of bread or make it into a sandwich with date syrup, honey, or jam. A winter breakfast treat may be geymer and kahi, which is thin sheets of unleavened dough (similar to Egyptian fateer dough), folded and baked, and eaten drenched in light syrup, and decked with a generous slab of geymer. Kahi is usually purchased from specialized bakeries. Geymer is quite easy to make. All it needs is patience.

1. Have ready equal amounts of heavy or whipping cream and whole milk. To make 4 servings, use 1 pint (2 cups) heavy/whipping cream and 1 pint (2 cups) whole milk. You may use the empty heavy cream container to measure milk, to have equal amounts of both.
2. Put milk and cream in a heavy pot (8 to 9 inches in diameter). Give the milk a gentle stir and simmer it on slow fire until it starts to rise a little bit, but do not let it boil over, so you need to watch it (about 30 minutes, do not stir the pot while simmering).

4. Away from heat and in a draft-free warm place, put on the pot a colander turned upside down to create a dome on top of the pot. Cover the pot, with the colander on it, with a blanket, and leave it for about 6 hours (the outside of the pot should no longer feel warm to the touch). The function of the colander here is to prevent the rising condensed steam from falling down to the surface of the milk-cream mixture.

5. Remove coverings and colander, put the lid on pot, and refrigerate for 24 to 36 hours.

6. Run a knife around the entire edge of the solidified top to dislodge it from the pot. Then use a pancake flipper to push the disc down from one side to let it fold into a half disc. This will enable you to have a neat slab of geymer. Transfer it to a slightly deep dish, and drizzle with some of the remaining milk. Serve immediately along with warm bread and jam, honey or date syrup, or refrigerate it for later use.

7. Repeat the same procedure with the remaining milk. Whatever milk remains from the second time you can make yogurt with it. 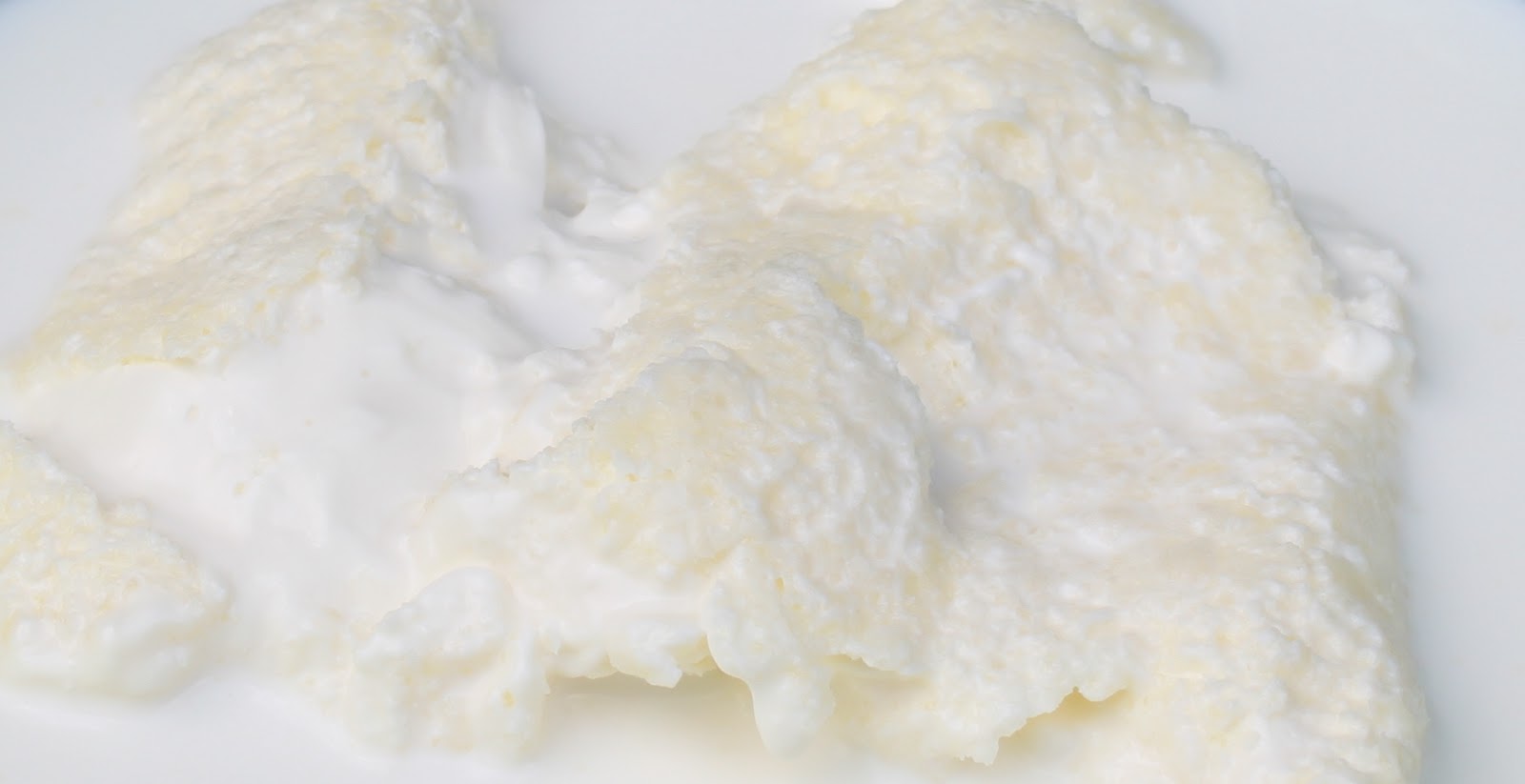 Since Geymer is white, creamy, and luscious, comparing the beloved's cheeks to geymer is a common metaphor in Iraqi folkloric songs and poems. I recall a song, in particular, in which the lover vows to make his beloved's geymer-like cheeks, his breakfast.

Of you, black-eyed beauty, I will not let go,
Your luscious geymer-cheeks, they will my breakfast be.
Posted by Nawal Nasrallah at 10:43 PM No comments: