Winter Jams with Carrots and Beets

Charming jams, like the glowing embers  of a brazier on a cold wintry day.

We tend to associate jam-making with summertime, when the lusciously sweet fruits are most abundant. The humble winter root vegetables, unfortunately, easily escape our 'jamming' attention. But this should not be. Roots, like carrots and beets, though considered vegetables, are in fact quite conducive to jam-making.

Both vegetables are winter crops in Iraq, and people use them in salads to give them a vibrant color to make up for the absence of tomatoes (summer vegetable). We enjoy beets boiled as a snack, and the resulting liquid is sweetened with some sugar, and with a squeeze of lemon, it turns into a refreshing delicious drink, we pickle it, and made into jam.

As for carrot, we munch on it as a snack food, dice it along with lamb and turn it into a spicy flavorful rice dish. We turn it into golden jam, and a delicious sweet called halawat jizar (حلاوة جزر), home-made or purchased from the confectioners.


A Bit of History:

It looks like it was on the land of ancient Mesopotamia that the first beet stew/soup (known as borscht in Europe) was cooked, as recorded in one of the three excavated Babylonian recipes, written around 1700 BC. It is quite possible that the Iraqi Jews' modern custom of cooking stews with beets has its roots deep down into the Babylonian times.


This beet dish is one of the 25 stew recipes inscribed in the cuneiform tablet above. The recipe is called "Tuh'u-beets," and it goes thus:

The kind of beets used in such an ancient recipe should not be different from the beets we use today, even in name. We read in Dictionary of Assyrian Botany (by Campbell Thompson, 1948) that in the ancient Mesopotamian region it was called ‘shumundar,’ it was as red as blood, and has a spinning-top shape (pp. 49, 51).

When we come to the medieval era, although the extant Arabic cookbooks do not have any recipes with beets, only turnips, their books on botany and horticulture do make mention of it, as shamandar (شمندر), sometimes occurring as jughandar (جغندر) and jukandar (جكندر), and recipes are given for how to pickle it. It is my guess that the intense color of the beets discouraged serving it in dishes, which were more often than not served as communal meals handled with the fingers. The stains on clothes would have been too  tough to wash off, indeed.

As for carrots, while I could bot find any references to it in the ancient Mesopotamian records, there is ample evidence that it was a popular root-vegetable in the medieval Arabo-Islamic world, including Baghdad. Of the cultivated carrots, there was mention of red and orange carrots -- juicy, tender, and delicious, which poets compared to carnelian, rubies, flames of fire, coral reeds, and gold. The yellow carrot was described as being thicker and denser in texture than the red-orange variety; and white carrot must have been parsnips, described as aromatic, deliciously sharp in taste, with a pleasant crunch. Carrots were eaten raw and cooked.

Many recipes were preserved in the extant medieval Arabic cookbooks. Al-Warraq’s 10th-century Baghdadi cookbook, for instance, gives recipes for cold carrot dishes, called salayiq (صلايق); condensed puddings of khabees (خبيص); jams murabba  (مربّى), and drinks sharab (شراب), which were believed to invigorate coitus. In fact, both beets and carrots were thought of as aphrodisiac foods. 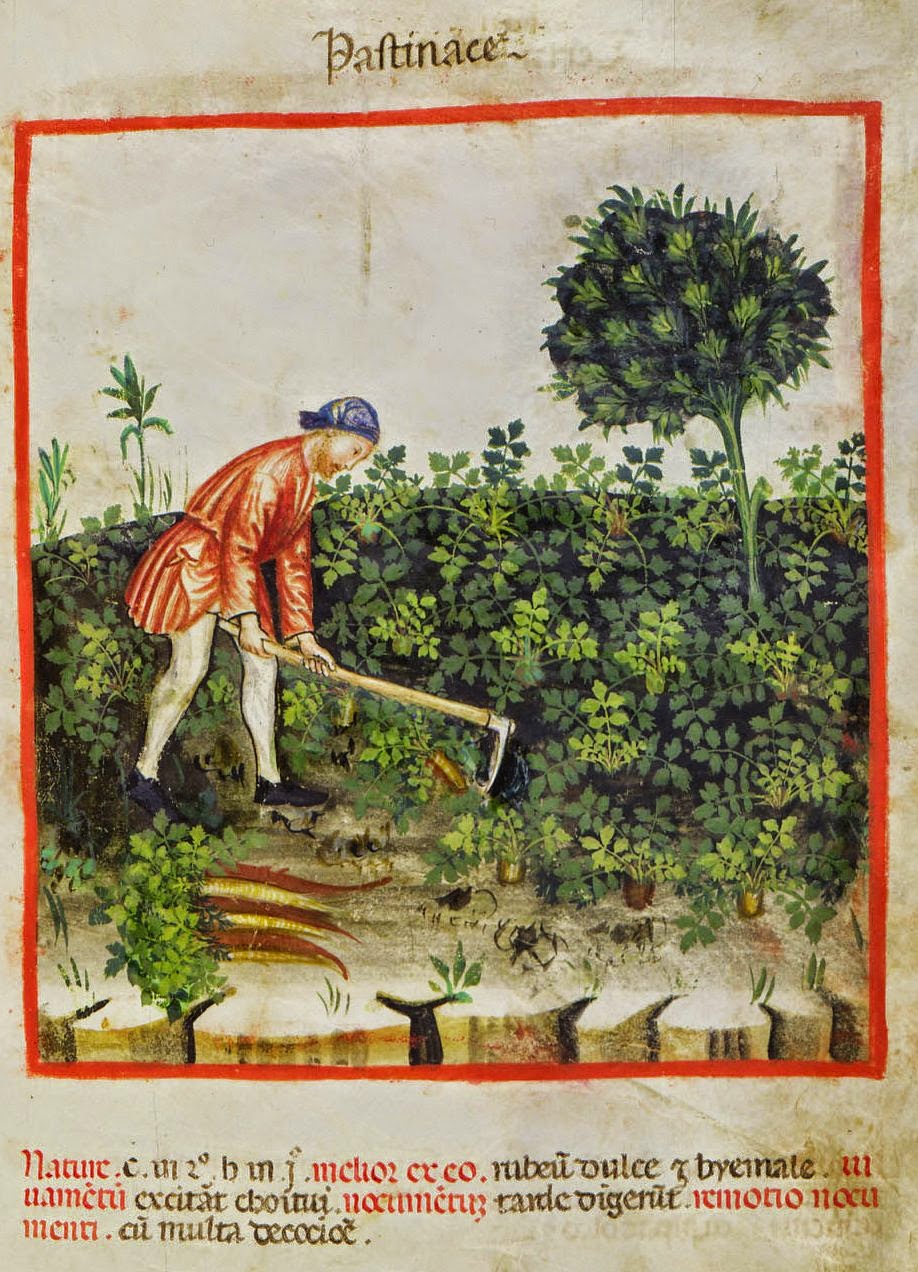 Nowadays, both roots are highly valued as powerhouses of nutrients, and exploring their culinary possibilities is well worth it.
For inspiration, visit World Carrot Museum and Love Beetroot , and of course the following jams.

Here is how to make them:

The same method and amounts can work for both, except for the flavorings. I like to use cardamon and a bit of rose water for the carrot jam, and cardamom and a bit of vanilla for the beet jam, but feel free to experiment to your liking. 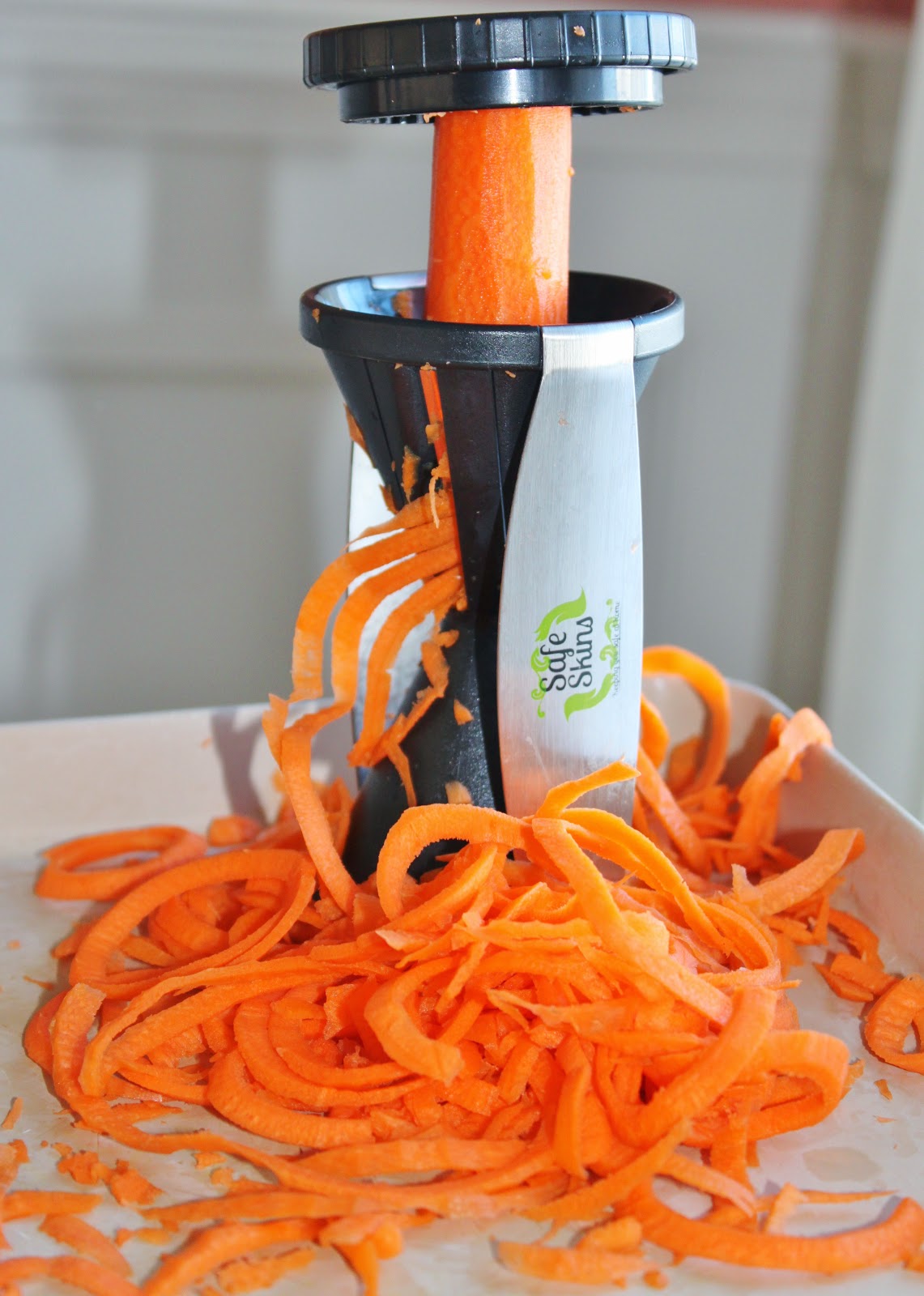 For the beet jam, I just peeled the root and cut it into thin slices.

For the carrot jam, I used my fun new kitchen gadget the spiral vegetable slicer. Usually it does a very good job on slicing veggies into enticing strands.Previously I used to slice the carrot thinly or shred it in the food processor, but the carrot strands I got with this slicer were really beautiful.

1. In a medium heavy pot, layer carrots or beets with sugar. Add water, cover the pot, and set aside, overnight. The sugar will melt and the vegetables will release a lot of their juices.

2. Put the pot on medium fire. Add honey, cardamom and walnut (if used). Fold the mix gently and let it boil quietly, skimming the froth if needed, about 20 minutes. Five minutes before the jam is done, add lemon juice and the flavorings.

To test for doneness, put a drop of the syrup in a small plate. If the drop keeps its domed shape and does not go flat, the jam is done.

Let the jam cool off completely, and keep in the refrigerator. Lovely with butter or cream cheese, or sour cream. You can even enjoy it by itself as dessert. The beets and the carrots will have a scrumptiously chewy bite to them. 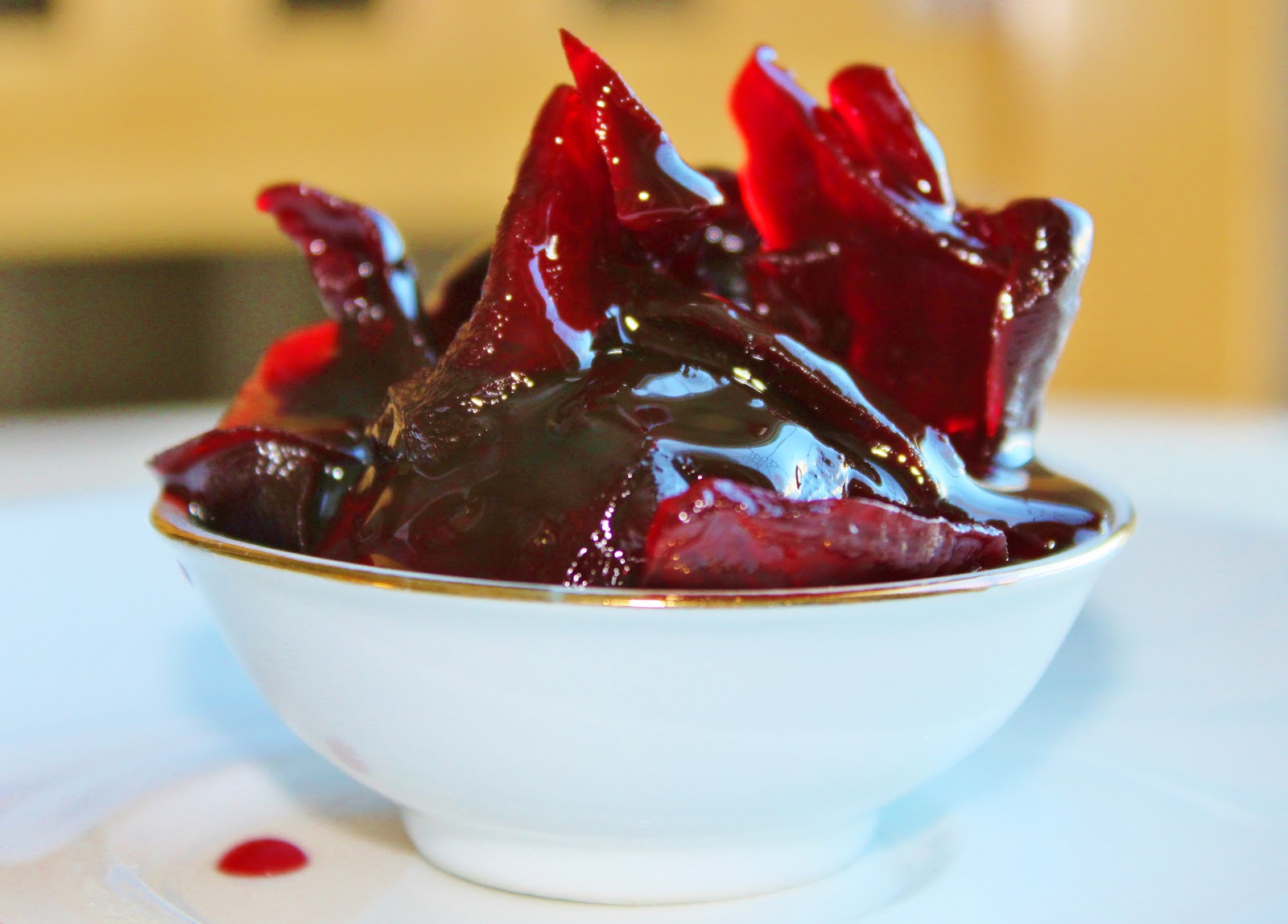 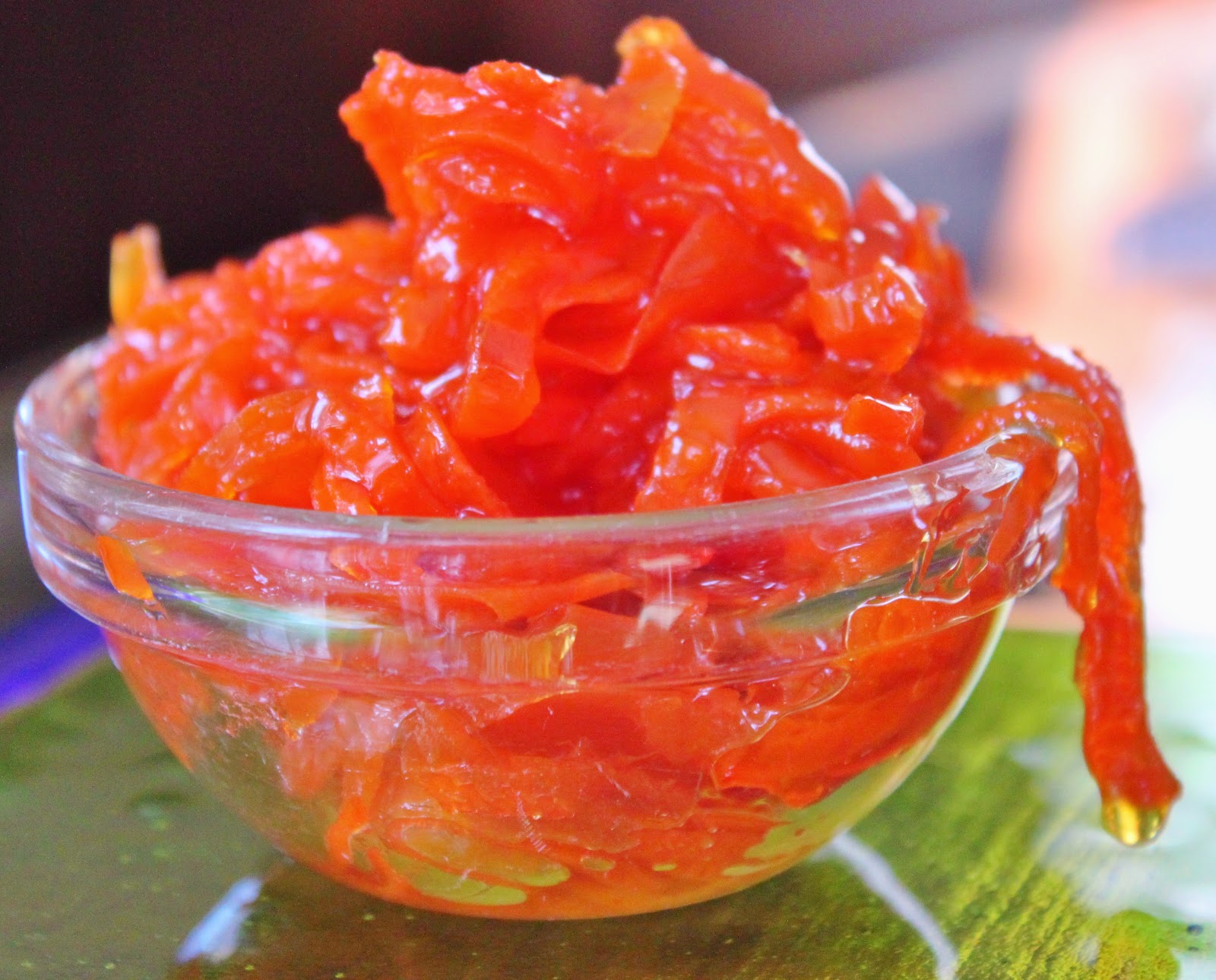 For Valentine's Day, do the overworked Cupids a favor and make this cake. Even more potent than their arrows! 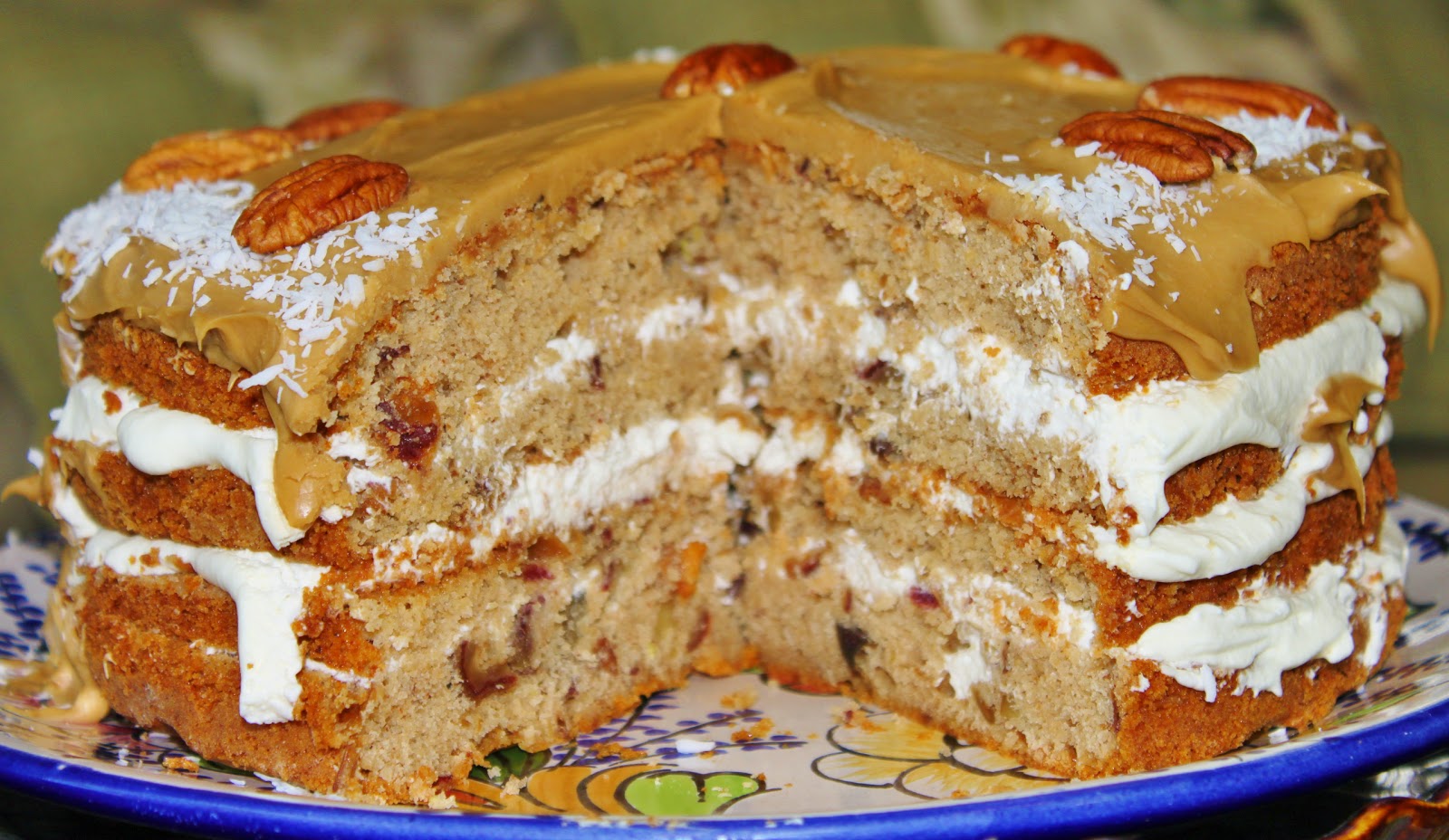 Ishtar (Sumerian Inanna) is the ancient goddess of love, fertility, and sexuality in the ancient Mesopotamian culture. She is the prototype no less of a host of seductress goddesses, known in later times and other lands, such as Astarte, Hathor, Venus and Aphrodite. Aphrodite was the one who gave her name to all the foods and dishes, which enhance sexuality, the libido boosters, the Aphrodisiacs.

Now, in ancient Mesopotamian mythology, Ishtar was closely associated with the date palm, it was her symbol and abode. She was often called 'The Lady of the Date Clusters', and her lover and spouse, Dumuzi/Tammuz (prototype of Adonis), god of food and vegetation,  was called 'The one great source of the date clusters'.

To the ancient Mesopotamians, the date palm and its fruit were important products economically. The dates were valued for their great nutritional value, and it made sense to associate them with Ishtar and her beloved husband, and to believe that they were highly Aphrodisiac. In fact, we still believe so. Grooms, for instance, are advised to eat one pound of dates on the day of their wedding.


The ancient Mesopotamians knew how to make cakes. Some surviving cuneiform texts even give the proportions for cakes with fruits, including dates, to go to the temple and the palace. So I believe goddess Ishtar must have eaten a lot of such cakes. 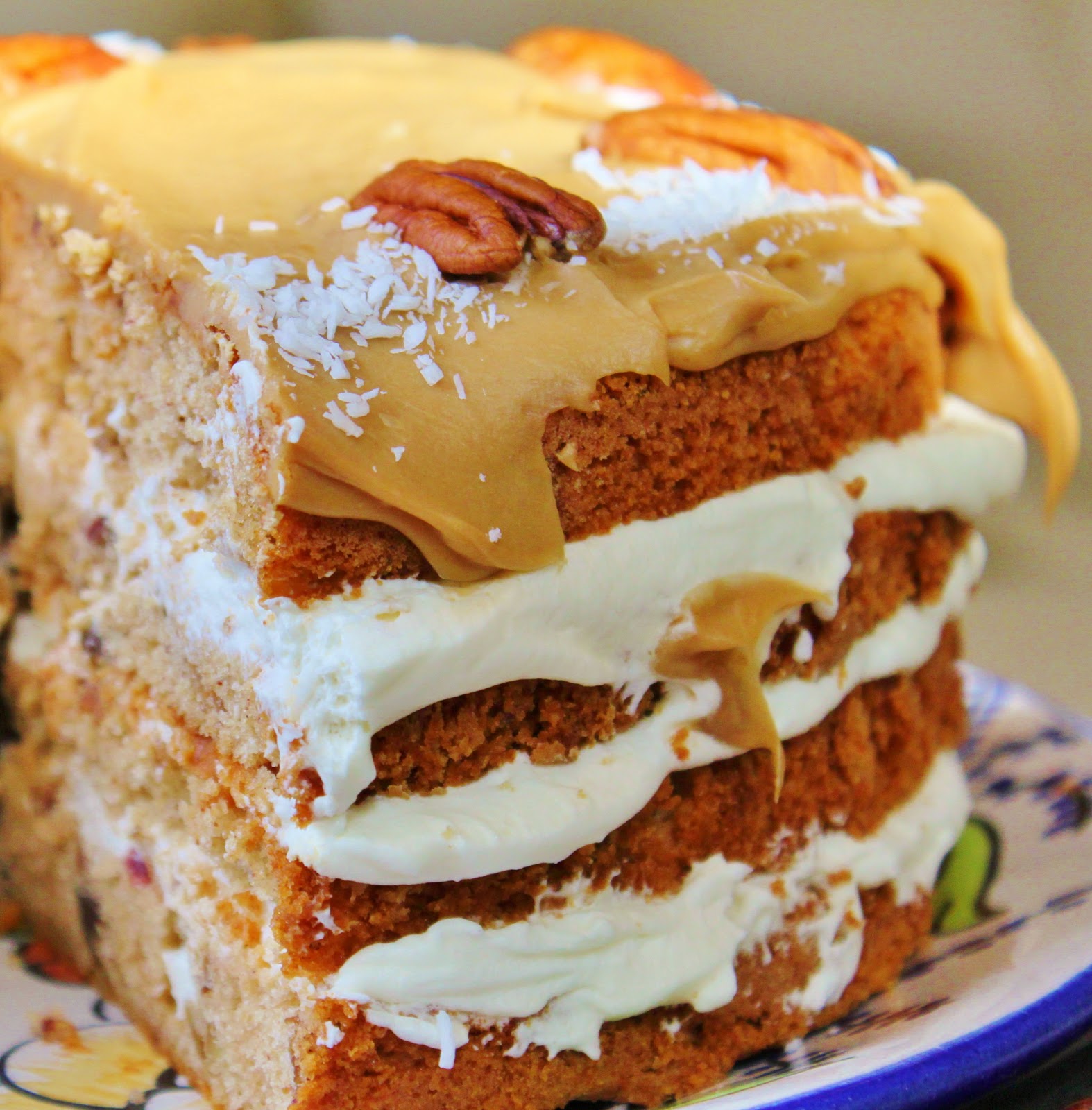 This scrumptious cake is in honor of the 'Lady of the Dates' Ishtar, who definitely knew quite well what dates can do.

Here is how to make it:

(I adapted this recipe for my book Dates: A Global History (UK, London: Reaktion Books, 2011). I also make it with prunes/dried plums. Equally delicious!)

1. Put dates and tea in a small pot. Bring to a quick boil, then simmer for about 10 minutes, or until dates soften (but not mushy). Drain the dates, but reserve the drained liquid. Let them cool off to room temperature. Cut the drained dates into small pieces, and add enough cold water to liquid to make it measure ⅔ cup.

2. In a big bowl, put oil, sugar, eggs, and vanilla, and beat for 2 minutes. Sift together flour, baking powder, salt, cinnamon, cardamom, nutmeg, and cloves. Stir the flour-mix into the egg-mix, in two batches, alternately with the measured date liquid. Stir in dates. Divide batter between two 9-inch round baking pans. Bake for about 40 minutes, or until surface feels firm to the touch. Let them stand for 10 minutes and then invert on a cooling rack.

3. When completely cool, divide the cakes into halves, and fill the layers with whipped cream made by whisking together 1¾ cup whipping cream with 1 heaping tablespoon powdered sugar and rosewater. Do not put any whipped cream on the face of the cake because it will be covered with the icing, prepared as in the following step.

4. In a small saucepan, combine brown sugar, 1/4 cup heavy cream, and butter. Bring to a boil, on medium heat, stirring to allow sugar to dissolve. Boil gently for about 4 minutes. Let it cool off completely. Stir in 1/2 cup powdered sugar and vanilla, until smooth. It should be neither too thick nor runny in consistency. Use immediately.

5. Spoon the icing on the top layer of the cake and make it look like swirls. Arrange the pecan or walnut halves and sprinkle with the coconut. Or decorate it whichever way you like. Keep refrigerated for about an hour and then serve. 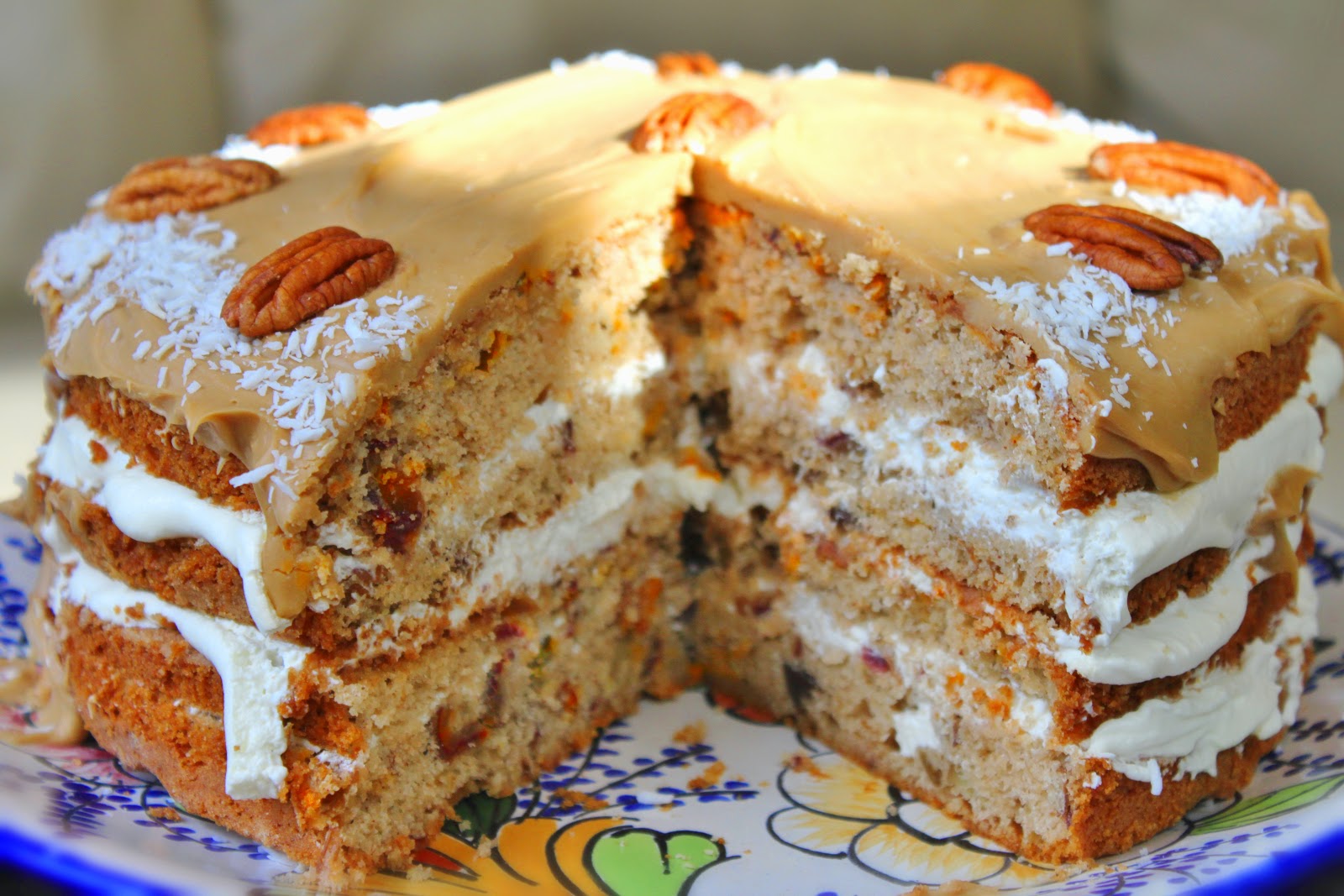