بتيتة جاب
It is the best guise that potatoes can ever take. The stuffed fried discs are a delight to look at and to eat. 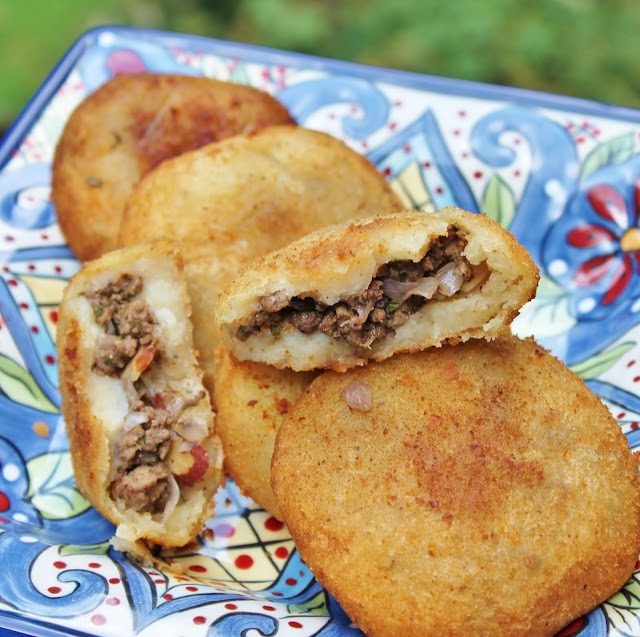 The meaning of chap in this otherwise very Iraqi modern dish eludes me. In all probability, it is a corruption of some sort of an English or Indian word which might have filtered into the dialect during the time of the British colonization.

However, the art of making kubba, of stuffing food with food, is certainly not new to the Iraqi cooks. Indeed, it can be traced all the way back the ancient times, as manifested in the Babylonians' bird pies, prepared by enclosing birds cooked in white sauce between two layers of seasoned dough. Detailed recipes for making such an ancient stuffed food are found in a Babylonian culinary tablet written in Akkadian cuneiform in 1700 BC:

Even the term kubba itself, used to designate this kind of stuffed food, might well have originally derived from the Akkadian ‘kubbusu,’ which designates a cake (think a meat patty or a fish cake). See also my previous post on Kubbat Halab.
Using the New World potatoes for making kubba is a relatively new development in the art of making kubba, which is more traditionally made with bulgur and rice.

Here is how to make it:

For the shell:
2 pounds potatoes (all-purpose will do), boiled whole and unpeeled
½ cup cornstarch (use a bit less with starchy potatoes)
1 teaspoon salt
½ teaspoon black pepper
For the filling, see my previous post on kubbat Halab
About 1 cup breadcrumbs for coating
Oil for frying

1. Peel the boiled potatoes when cool enough to handle. Cut them into smaller pieces. Put them in a big bowl, and add cornstarch, salt, and pepper. Then mash them with a potato masher, or run them through a potato ricer. A blender or a food processor is not recommended because it will cause the potatoes to develop a gummy texture. With a moistened hand, knead mixture the way you knead pastry dough until well blended, about 5 minutes. If the mixture is too dry to form into dough (sometimes this happens when potatoes are too starchy), sprinkle it with a small amount of water.

2. Divide dough into 18 to 20 pieces, size of a small lemon, each. With moistened hands, flatten a piece into a thin wok-like disk. Put about 2 tablespoons of the filling in the middle, gather edges, and close the piece into a ball. Flatten it into a disc by putting it between the palms of the hands and gently pressing the edges so that it is full in the middle and thinner around the edges. Always remember to handle dough with slightly moistened hands. Put finished discs in one layer on a tray or a flat dish.

3. Put breadcrumbs in a dish, and coat discs before frying. Shake off excess crumbs. 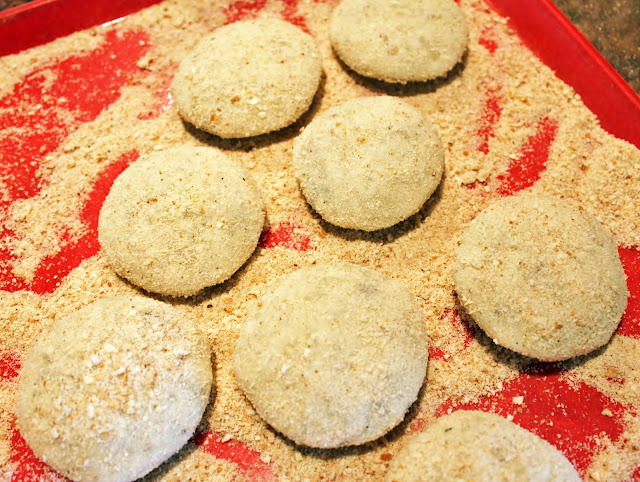 4. Put about an inch of oil in a skillet. When hot, fry discs turning once to brown on both sides, 3 to 4 minutes for each side. If they brown quickly, turn heat down a little. 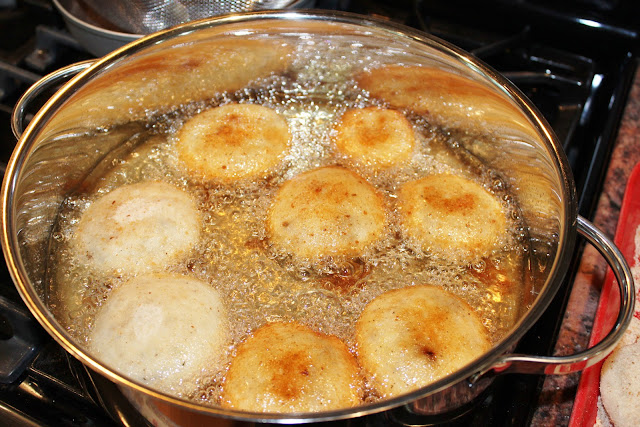 Serve warm with lots of salad, and bread. They also make an exciting filling for a sandwich (too much starch! But really delicious). Fill a sandwich bread (such as Italian ciabatta) with a piece or two of puteta chap along with lots of sliced salad vegetables. 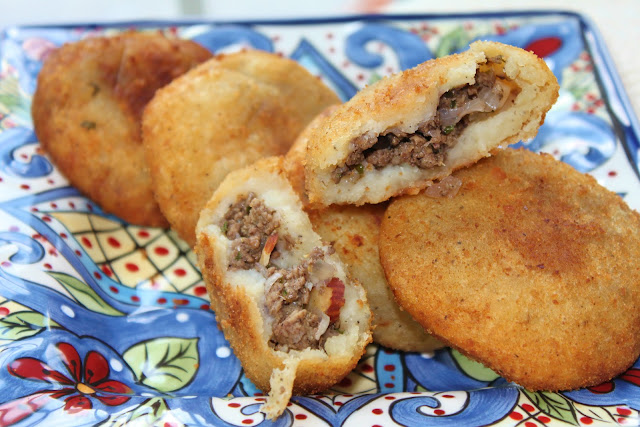 Most of the Iraqi traditional dishes are fried, because up until the late 1950s, ovens were not available in every kitchen as they are today. Nowadays there is no reason why some of the fried dishes should not be baked. The following is a lighter version of the traditional puteta chap.

1. Use the same ingredients given above. Make dough as directed in the first step, and prepare filling as directed above.

3. Divide dough into 2 parts. Cover the bottom of the prepared pan with one part, and spread the filling all over it. Next, cover this filling with the other half of the dough by taking small portions, and flattening and putting them on the filling until the entire surface is covered. With wet fingers, lightly press the top layer closing any gaps on the surface. Brush with a beaten egg and sprinkle lightly with breadcrumbs. Decorate surface with a fork, if you like, and drizzle it with a little oil. 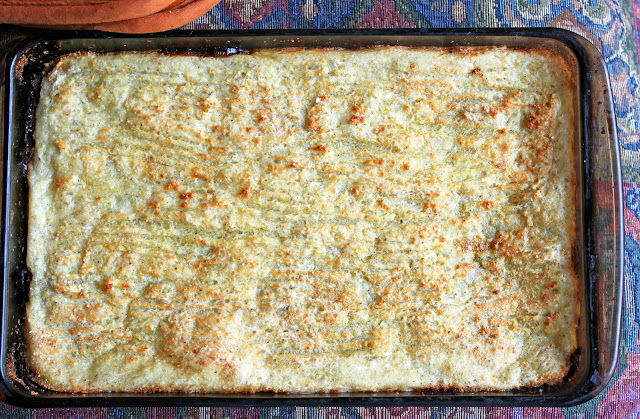 4. Bake it in the preheated oven for about 40 minutes, or until surface is golden brown. Let it cool for 10 minutes, and divide it into 18 to 20 squares. 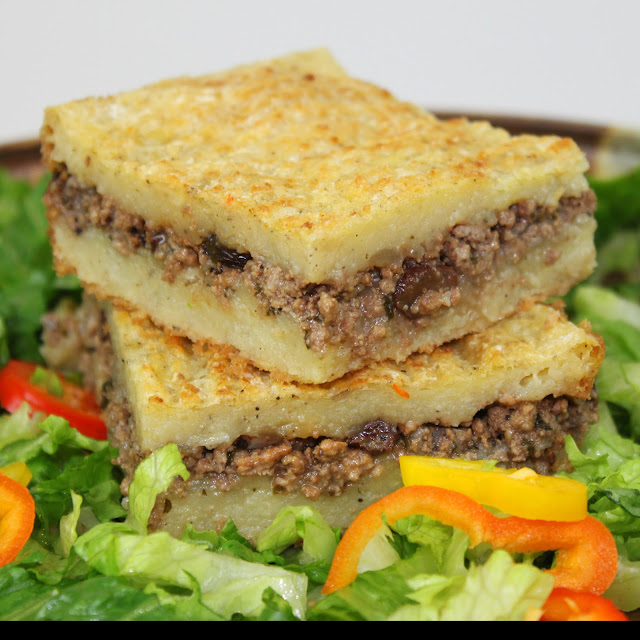